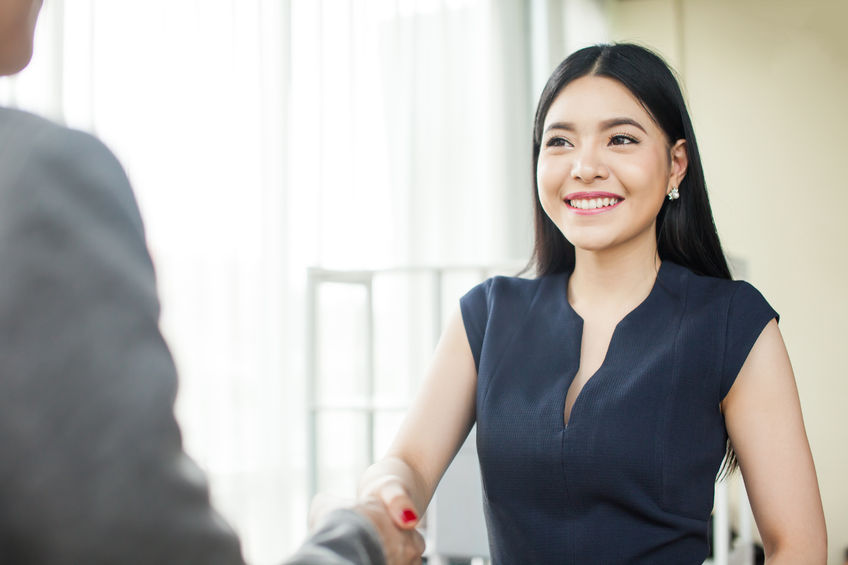 Working in a foreign country is an exciting prospect. It’s a wonderful opportunity for a change of scenery, to live in a different country, learn about its culture, meet different people, and experience life from a different perspective. Even more so when it’s a chance to work and live in Asia.

If you enjoy good food, diverse cultures and world-renowned tourist spots, you will definitely love the continent. Plus, the compensation for expats are some of the highest in the world. That said, if you’re new to the culture, it will be helpful for you to read up on the customs and sensitivities of the Asian country you’re travelling to, especially the job interview etiquette so you avoid any awkward blunders.

Here are a few quick tips to help you navigate the job interview process in the following Asian countries:

1. Filipinos are typically more expressive with their body language than they are with words, so pay attention to their non-verbal cues.

2. Filipinos don’t take confrontation or direct criticism well, so couch any criticism in positive terms to save them any embarrassment.

1. The customary greeting in Thailand is the wai, which is the act of placing the palms of the hands together, raising them to the face with the fingertips at eye level with a slight nod of the head.

2. Thais generally don’t like saying “no” or admitting that they don’t understand what has been said, so as not to offend foreign visitors.

1. Showing respect for rank and seniority is an important part of Vietnamese culture. Instead of using the customary Miss, Mr or Mrs in a greeting, you should always address the other person by his or her designation.

2. When giving or receiving a business card, always make sure to do it with both hands to show respect.

1. In this Muslim-majority country, the proper way to meet and greet is highly subjective. Indonesian men generally shake hands only with men and not women, especially if the latter are Muslim.

2. Titles symbolise rank and social status in Indonesia and are highly regarded in their culture, as such you should always use their title followed by their name.

1. As a sign of respect, people often ask after each other’s well-being upon meeting.

2. Avoid pointing with an index finger during your interview as the gesture may be considered to be rude and offensive in the local culture.

1. Singaporeans hold punctuality in high regard, so if you want to make a positive first impression, make sure you show up on time.

2. Most people are happy to shake hands, though not all women will be keen on it. To avoid any awkward faux pas, just smile and wait for the interviewer to initiate.

1. Hierarchy remains an important aspect of the culture in Malaysia, values such as modesty, respect for seniority and compliance to authority. If you want to make a favourable impression on your interviewer, you’ll want to display an eagerness to fit into the existing pecking order.

2. Malaysia is a relatively traditional Muslim country, as such it’s important to be sensitive to the local religious and cultural sensitivities.

1. The UAE being an Islamic country, it’s best to wait for the other person to initiate a handshake, if that person is of the opposite sex. When in doubt, just smile and nod your head.

2. In the event that you are offered refreshments such as coffee or tea, you should accept it, whether you are thirsty or not. It considered rude in Arabic culture to refuse.

1. Uniformity is very much an integral part of Japanese culture. This extends to your interview outfit. To fit in, you’ll need to dress in the “recruit suit” – a sombre ensemble of a simple white shirt, black trousers, a formal black bag and black shoes.

2. When entering the interview room, it is customary to knock three times. After knocking, wait to be told to enter. Upon entering the room, bow, introduce yourself, bow again, and wait for permission to sit.

1. Don’t shake hands unless the other person initiates it. Instead, give a gentle bow and refrain from making direct eye contact with the interviewer as it’s perceived as disrespectful.

2. Keep your responses to the interviewer’s questions short, simple and clear. Don’t get too carried away with the details unless specifically asked to do so.

This is hardly an extensive guide to the job interview etiquette in Asia, but it provides a quick overview of the interesting yet diverse culture in each of the countries highlighted. We trust this should whet your appetite to learn more about the fascinating Asian customs and norms you never knew about.